If you hadn’t realised, the Focus central team is 86% woman, and we are only a small team of 7, and to save you working it out that means that we have 1 man working in our team. This isn’t on purpose or generated it’s because we value talent, and we believe we have the right people in the right roles based on their skill, personality and work ethic. We also have 50% of our Focus board made up of female directors, again because they are the right people for the job.

So, when International Woman’s Day comes round every March, we like to celebrate this fact within Focus. Focus CEO Abby Penston said ‘International Woman’s Day provides the perfect opportunity to reflect on the many amazing woman that have paved the way for progression and continue to do so today. It is less than 100 years ago that the Equal Franchise Act came in in 1928 which gave woman the same voting rights as men and look at what we have achieved in that time’. Wendy Walker, Focus Board Director outlined the famous movement of the suffragettes by saying ‘I think we need to remember how hard woman fought for woman’s right and we need to show that their hard work was worth it’

Board Director Cilla Goldberger said ‘International Woman’s Day reminds us of the constant battle which woman and girls around the globe continue to endure. We cannot ignore the fact we still have far to go in terms of gender parity’

We at Focus are unusual in the way that, not only are we female lead, but all senior roles are held by again woman including the youngest member of the team Partnership Project Manager Dani Ives, born in the 90’s so we asked her what can be done to get young female into senior leadership roles and her experiences ‘I was raised by working parents so it naturally gave me a strong work ethic but I also remember that you learn every day, so soak up all the information and knowledge that you can and also to speak up, be confident and show your value. It’s okay to not know everything, no-one knows everything, but be genuine and work hard’. Walker agreed by saying ‘We need to show that hard work pays off and show that woman are able to reach the same levels as men’.

But there is more than can be done in corporate company’s cultures as Goldberger states ‘Companies have to actively pursue these changes, and this can be started by making conscious effort of ensuring that 50% of candidates for senior positions are woman. Other changes can be to offer parental and family friendly arrangement for everyone, not just for woman! If a company has an inclusive culture, woman will be empowered to grow and pursue more senior roles’

Hazel Dawson, Commercial Manager at Focus said the best piece of advice she was ever given was to ‘If you have a challenging situation, step away until the fog clears, and you will make a must better decision’. Whilst Penston mentioned that she’d been given good and bad advice over the years there was one piece of advice which really stood out to her ‘Ask yourself ‘What is the worse that could happen’ when you’re faced with a daunting situation, ask yourself  really, what is the worst possible outcome and make a measured response to your choice of action’

There are millions of inspirational women, some have walked in times before us and other walk amongst us. We asked our Focus woman who they’d like to meet and why. Dani Ives started with Michelle Obama ‘She just seems like a nice but strong person; she fights for what is right and is still so classy and elegant whilst doing it’. Wendy Walker said ‘The Queen, having reigned for 70 years, she would have seen many changes, also she has had to change the way the Royal family work and are perceived.

Focus Online Support & Training Manager Gillian Keir said her choice to meet a famous would be the legend that is Joanna Lumley stating, ‘Not only can she make you laugh as Patsy, but she has such a calming voice where you take in everything she says, she’s also just fascinating.’

Cilla Goldberger rounded off by saying she would like to meet social impact entrepreneur and human development expert Abisoye Ajayi-Akinfolarin ‘Her every essence and focus has been for the education and empowerment of woman and girls. She recognises the need for woman and girls to gain an education and the importance of their self-worth, especially in deprived communities. She impacts the lives of entire villages and communities; she is truly inspirational.’ 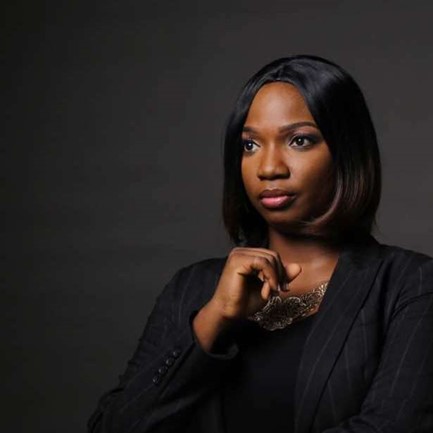